Swedish company Rosti has taken a leap into Microsoft cloud. Running on old ERP systems approaching end-of-life, the decision to digitize the business has already had an impact on efficiency gains and growth six months into the project. Today, the project is referred to as “a once-in-a-lifetime opportunity to streamline the business”. But in the beginning, the trigger point was disaster avoidance rather than business improvement.

“The operational reality was that change was needed to avoid risks. The lift to the cloud wasn’t at the first part of an overall strategy”, David Knight, COO of Rosti says in all honesty. However, this was soon to change. Obviously, when you do a transformation as the one Rosti has initiated, you want your investment back, and you want it to increase competitive advantages with the customers, and operational efficiency within the business. But it sometimes takes a new POV to see the bigger picture:

“When we began to look at the digital transformation not only as a cost but as a positive thing, the business strategy started to develop, and we saw all the opportunities that Dynamics 365 could give us”, David Knight states. Rosti mapped out all capabilities and security benefits that came with this approach: Shortened lead time, and positive impact on inventory management including improved inventory accuracy and order handling. “These improvements allow us to be more confident in terms of order commitment and improved lead time with customers which in the long run will drive growth through existing customers who see Rosti as a more responsive and reliable supplier”, David Knight says. 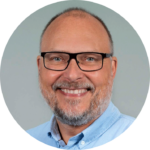 We had a lot of manual work in order handling, and we have been able to automate that almost completely.

Rosti has already gone live with the upgrade on its biggest site in China and the results are tangible. “We have already seen visible efficiency gains during the first six months – from order handling to invoice processing – amounting to 15 percent in cost savings,” Lasse Bjørn Jensen, Group IT Director at Rosti Group says. In all fairness the road was already paved for these savings, Lasse points out: “When you start these digitization processes you identify inappropriate methods and workflows, so the preparations alone made us look in the right places and prepare well for the implementation, which now allows us to see visible results quickly”.

A sprint – not a marathon

Rosti started the process by running a pilot as a pre-project with real data and real people. The key word is momentum and keeping up the pace “People tend to get bored and want to do something else if momentum is not kept in a project. That’s why it was important for us to run a sprint – not a marathon”, David Knight says and refers to the great help and assistance that Rosti received from both Microsoft and Microsoft partner Sprint 365 in that matter.

“Another learning is to tackle the most difficult and complex processes first. This took longer than we planned, but we learned so much that helped us in the following roll-out phases,” David states. Lasse Bjørn Jensen adds: “Furthermore, we wanted to take full ownership and not rely on consultants for years and years, so it was crucial that we got into the details from the start and created the team and the organizational structure dedicated to and engaged in making this transition work”.

This included the creation of a global SME team fully focused on utilizing existing capabilities in Dynamic 365 and a standardized template ensuring that everybody goes through the same process using the standard functionalities in Dynamics 365. Any changes must be approved by the steering committee. “This project is managed closely and with full engagement from the very top of our organization, which is crucial for success”, Lasse Bjørn Jensen says. 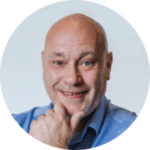 We assume that Dynamics can do everything we need – and we formed rules of engagement around that assumption.

Handling the competition for resources is key

Both David Knight and Lasse Bjørn Jensen look forward to implementing the model in its largest market in Europe. Positive feedback from other smaller sites makes them positive that this too will go well: “Human nature is that people don’t like change, but we have removed one of the worst road blockers by presenting a model where our project will carry the extra costs of people implementing the processes. This has encouraged our teams and reduced competition for resources that could ultimately hurt the project”, David Knight concludes.

Artikler, du kan have interesse i: